Quigley and a Bible Conference

A whole lot happened this last weekend which is why I missed my posts for last Thursday and Sunday evening. Even today I'm fairly distracted and know I'm not going to get much written.

On Thursday the preliminaries for our annual Arizona Bible Conference began, with old friends arriving from out of town and many of us gathering to help with the setup of the conference room occurring at the Doubletree Hotel that evening. Because Pastor McLaughlin is on hiatus, dealing with personal issues, Pastor Farley taught the entire conference, giving us an in depth look at Psalm 23 not only from a shepherd's point of view but from a sheep's as well. (If you want to listen to them, check out the AZ Conference 2008 lessons at http://www.gbible.org/ where they can be streamed or downloaded.)

They were a fantastic series of lessons, which I will no doubt be drawing from for blog posts in the near future. (Though at the rate readers are asking questions that I'd like to answer, who can say.) The best thing about it for me is the image I will carry with me of the shepherd/warrior, the strong, wise, gentle man who at the same time is fierce and well armed and prepared for fighting off lions, bears and thieves sometimes single-handedly to protect his sheep. The one who must make sure the sheep are protected and feel completely safe before they will eat from the pasture of choice grasses He has led them too. But more on that later...

...Because the second event of the weekend, almost as significant in details of life terms as the conference is in spiritual terms, is that on Saturday my hubby went to Phoenix and brought home Quigley, an eight week old redbone coonhound pup, who even at this young age seems nothing like Bear and is quite a handful. His arrival meant that in interim moments during the conference and attendant activities (which included the ordination of Pastor Rory Clark and three deacons; eating out and a trip to Sabino Canyon) I slipped home to meet and play with the puppy. Who is incredibly cute, but has very sharp teeth and claws and seems to be far more fixated on biting and chewing than I remember Bear being.

His presence means that I must do my chores and especially any writing activities during his naps, because at this point we haven't forced crate training on him, and aren't comfortable leaving him in our not-puppy-safe yard yet. He is quite comfortable outside, but since he seems to want to bite and chew on everything in his periphery, the yard is not ready for that...

Since I am not ready for him to attack the wires of my computer yet, either, I don't want him in my writing room and so...I have yet to work out the details of how I'm going to get any work done apart from naptime. The Lord knows how, though, and I'm trusting Him for all of it.

Also, I'm happy to report, my shoulder pain has abated, and I decided maybe the kingdom of darkness was the real source of my finger problems and have chosen to ignore them for now. Just do the things I have to do, and leave it to the Lord to handle. If my hands turn into claws, then I will have to do something. But so far that doesn't seem to be happening. Though they are now covered with scratch-scabs from the onslaught of tiny, knife-sharp puppy teeth!

But isn't he cute? 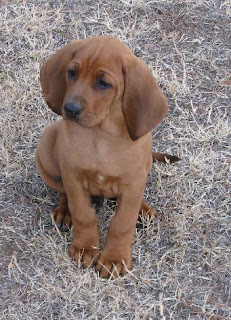