Now I Can Rest 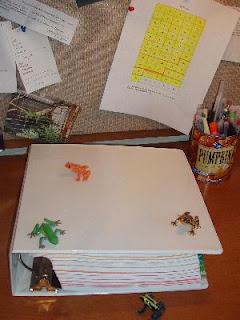 Today I finished up the last of the questions and problems my editor had for the last five chapters, and when I turned the last rewrite in, and received her positive response, that was the first time I really felt like I was done. (Yes, that is the complete manuscript in the oversized notebook above. 51 chapters, single-sided, double-spaced manuscript pages.)

She seemed to be pleased with it and asked what I thought. I have no idea. But when I consider the fact that I have yet to read the whole thing through at one time, and that each scene or chapter was interrupted by three days of trying to figure out what comes next, what of all the options I had that I was going to use, choosing some of those options and writing a scene, then changing my mind and writing different options, finally getting something that seemed to go right, and then repeating the process all over again... well, it doesn't surprise me that I'm not really sure what is there.

I know that I was excited about the ending that developed. Not one I'd planned or even expected. (Actually there, was no plan, if you'll recall... I was taking things one day at a time, waiting for the Lord to show me.

It's a little longer than they wanted. Here's another shot of it. I think if I had been seriously considering the 120,000 words Bethany House would have been happier with, I shouldn't have proposed the story be told from three different viewpoints. Maybe for the next book (I still have one more contracted) I'll try just one pov (point of view) character and see if I can keep it closer to that word count. 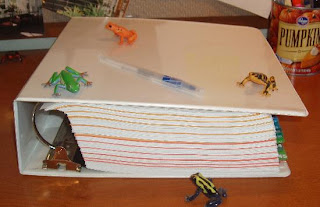 And then tonight, Bible class was all about the Sabbath, resting after six days of work in the age of Israel, and resting moment by moment in the age of the Church. It seemed weirdly appropriate.

Posted by Karen Hancock at 9:02 PM