IS Global Warming a "crock"? 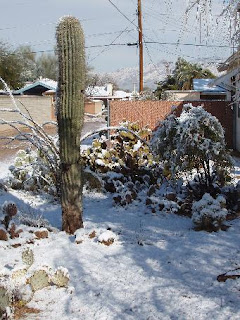 Okay, I'm continuing to winnow in terms of the things I've let into my life, but in the meantime I've discovered some very interesting articles about all this global warming stuff which really does seem to be heating up -- on the media, in any case. Yes, the weather is acting weird. But I remember when we didn't think there would be enough air to breathe before the year 2000. I remember when everyone was hysterical about the next ice age in 1976 or something. The earth was supposed to be totally overpopulated by, I don't know. Was it some time in the 80s? There was a time in my life when I fervently believed all this stuff (before I was saved, before I knew anything about the Bible. When I was in high school.)

So all that stuff is passe and now it's global warming. I just... can't believe anyone would believe in this. That our cars and our factory emissions could seriously cause this? Do you have any idea how this compares with the emissions of a volcanic eruption? Is there any actual proof? (oh, hey, I remember when there were all those oil spills and everyone was predicting gloom and doom for the environment -- I was actually part of a team that rescued oil-slicked seabirds -- only to find out there are these bacteria in the ocean that actually eat the oil and transform it into something benign) I digress. I was talking about proof, which never seems to be put forth in any kind of objective terms. It's always "everyone agrees Global warming is true." Why, they did a poll of the American people (expert climatologists, all of them, I'm sure) and yup. The majority of them believe it's real. So it must be real, then.

It's always, look at how hot it is. The east coast hasn't had a winter. Oh, but then I think it got really cold for them, too. And if it was warm there, we had snow in Tucson. Denver's having a mini ice age, avalanches on the highways and such. And remember how global warming was supposed to have produced ever worsening hurricane seasons, so that last summer should have been worse than the Katrina summer before? Did we even have a hurricane last summer? I can't recall. Certainly nothing like the one the summer before.

Okay, enough of me. I'm no climatologist either. That speech by Michael Crichton I cited yesterday is long, but excellent in laying out how we got to global warming using all these calculations involving variables for which we have no hard data. (Which is also how they calculate the probability that there is life on other planets). If every variable is something someone arbitrarily assigns... what use is it?

Here's another article that I found interesting, on American Thinker. It's called Why Global Warming is Probably a Crock, by James Lewis and starts out...

As a scientist I've learned never to say "never." So human-caused global warming is always a hypothesis to hold, at least until climate science becomes mature. (Climate science is very immature right now: Physicists just don't know how to deal with hypercomplex systems like the earth weather. That's why a recent NASA scientist was wildly wrong when he called anthropogenic warming "just basic physics." Basic physics is what you do in the laboratory. If hypercomplex systems were predictable, NASA would have foolproof space shuttles --- because they are a lot simpler than the climate. So this is just pseudoscientific twaddle from NASA's vaunted Politically Correct Division. It makes me despair when even scientists conveniently forget that little word "hypothesis.")

You can read the rest here.