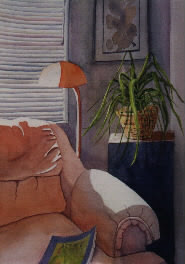 Wednesdays are often not good for serious blog posting, in part because it's my day for Royal Family Lunch. Today I also ran some errands in the morning, and then we went for a walk and out to a Vietnamese restaurant afterward for Fried Cornish Game Hen Broken Rice plate. It was pretty good, though I expected it not to be.

But anyway, I'm not inclined to try to write anything serious and thought-requiring tonight (besides, it's only 15 minutes until Lost is on).

So I thought I'd post the recap of who found their copy of Return of the Guardian King when and where:

March 28, 2007 - Ruth bought a copy from the LifeWay bookstore in Nashville, TN

April 3 -- In Texas, Jessica M got her copy of Return of the Guardian King and devoured it, having preordered from Deepdiscount.com

April 4 -- Phil C picked up a copy of RotGK at the local Christian book seller in Alpena, Michigan where it had just arrived.

April 5 -- Kim S ordered Return Of The Guardian King from Family Christian Books Stores in Merriville Indiana. on Tues April 3 & it came in on Thurs April 5

April 6 -- RotGK found at the Ft Lauderdale Borders. "A staff member told me it was in but when I checked the shelves I couldn't find it. Further checking located it on a book truck to be shelved (which should indicate that it had just arrived/been unboxed. Another staffer told me that they have a way of 'batch-receiving' boxes of books which probably explains the delay."

April 7 -- Abby made a trip to B&N and found Arena on the shelf but no GK books. She ordered RotGK from them and suggested other books be ordered as well. Thank you Abby!

April 9 -- "As a librarian who orders a lot of the Christian fiction for our system, I have a password for our Ingram bookorder database. I noticed today that the order status grid for RotGK has an order of new copies now in their Indiana warehouse and still pending (as of early on 4/9/07) in the other three warehouses. Since they're starting to show up in the distributors' warehouse inventories, they should start showing up in the bookstores - at least one would assume so!! LOL"

And finally, sometime between April 11 and April 16, Abby B found her copy in Denver (this after previously visiting a Barnes and Noble on Apr 7, a Borders, a Family Christian store, and finally a Lifeway Christian store, none of which had the book). She was so excited to tell me about her reading experience she failed to say where she actually found the book.

(On the other hand on April 9 I received an email from the manager of a Christian bookstore in Colorado with the news that he had only one copy of the book left that day and was ordering more!)

Based on this very limited sample size, it does look like the east coast gets the books before those on the west...