Blessings are to be enjoyed 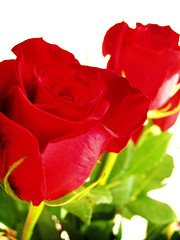 As I knew it would, the block broke Wednesday afternoon and I finished the first scene (and first half) of Chapter 23 Friday morning. Then I had to fall back and reorganize. I've been forging ahead chapter after chapter without keeping official track of what I've done, and I was starting to get hazy about it all. So I went back and pulled it all together into an outline of what has gone before. Today I started Chapter 20, which has a different viewpoint character and plot thread than the scenes I've been writing recently. I spent most of the day brainstorming, outlining and simmering.

I've also been doing a lot of thinking about the Christy nomination, which every year throws me into a turmoil. In the past I've maintained that none of it matters. But this year I'm rethinking that conclusion. It is a blessing from the Lord -- that, for sure. The problem is, I've never really been able to enjoy it for what it actually is -- that a group of people chose my book and two others from a pool of at least ten entries as examples of superior work. And the reason I've not, I see now, is because I've been too busy applying the concepts I'd need to apply if it didn't actually win. This doesn't make a lot of sense written down like this. In the attempt to shield myself from the "devastation" of the possible future event of the book not winning the award (thus proving me a total failure as a writer), I prevented myself from enjoying the present reality of it being nominated.

As I contemplate the whole thing now, I realize how ridiculous it is. Not winning would not mean I am a total failure, and "devastation" is a grotesque exaggeration. I would be disappointed. The "You can't write" harpies might pay me a visit for a couple of days afterward, but eventually I'd chase them away. Beyond that, what else is going to happen? In the end I'll still write. People will still read my books. Bethany House will continue to publish the books they've contracted me for... How did it swell into such a big deal in the back rooms of my mind?

I have no idea. The old nature's arrogance mixed with the world's lies. Could this be an example of the insanity Eccl 9:3 says dwells in the hearts of the sons of men throughout their lives? Probably. In any case, I'm ready, finally, to embrace what the Lord's given me. To enjoy it for what it is, give thanks to Him for it, and...

Stay out of the future!

Pressing On
Karen
Posted by Karen Hancock at 8:34 PM