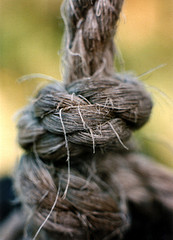 Well, here I am starting in on the second week. I decided, per my editor's recommndation, to start the book with Maddie instead of Abramm, so I've put her chapter (3) to the fore and his first two coming after that.

I spent last week working on the new chapter 2, which used to be chapter 1. You may recall that I've gone through this one a number of times, but here I am again, still strugging to weed out all the chaff, find the core of it and get it moving. I always struggle with early chapters. These seem especially difficult and I think it's because of the way I ended Shadow Over Kiriath.

Anyway, it's coming together. I stripped five pages of material out of it, condensed, consolidated and finally got an idea of what exactly I want it to do with. I know who the major supporting characters are going to be now, something I didn't really know when I first wrote this. In fact, the one that I didn't really outline or develop beforehand but who just appeared out of the blue has turned out to be the main secondary character and the two I thought would be the most important are not. One of them hardly showed up at all in the rest of the book, even though I had great plans for him at the start.

I did the same sorts of things with chapter 3 today -- that one's gone from 20 pages to 12. Now that the book is entirely done and I'm able to see where I'm going, it's much easier to see what I have to keep and emphasize and what I have to lose. And also what I need to add. Even so, the going is slow. My thinking is never as clear as it seemed, and now I'm seeing all the inconsistencies, illogicalities and impossibilities... Which is a good thing.

Great messages lately in Bible class, particularly the one about how "God is able to make all grace ABOUND to you, that ALWAYS having ALL sufficiency in EVERYTHING you may have an ABUNDANCE for EVERY good deed." ~ 2 Co 9:8

Just a reminder that I have everything I need -- the talent, the wit, the time, the energy -- to complete this task in accordance with His will. I am keeping myself focused on that, and not the scary speculations that want to raise their very ugly heads from time to time.

Knot photo by PhineasH
Posted by Karen Hancock at 9:04 PM